The Future of Innovation: Learning to Lead with Heart

Design Thinking (DT), (also known as human-centered design) is an innovation process used to evolve products and services in business and social impact sectors. World-renowned companies like Apple, Google and GE use DT for business solutions, and top-tier colleges like Stanford, Harvard and MIT teach DT to students looking to solve the world’s biggest problems.But is DT the be-all and end-all to how we solve problems? The short answer is not always. DT is what it says it is: design thinking. We’ve been using our heads, and along the way, we’ve left out our hearts. DT started being written about in 1987. I was introduced to DT in the early 2000s. Then, business leaders like Daniel Pink, one of the top 15 business thinkers in the world, Tim Brown, CEO of IDEO, a design and innovation company, and the d.school, a design-focused learning program, at Stanford University began introducing DT to the business world.Throughout my career, I always felt something was missing in the innovation and design process. Design models discounted the impact emotions and behaviors played in business. I was then introduced to DT and knew this was exactly what was missing.

It brought a new perspective to the business world. It placed the “human” at the center of the problem and the solution. DT had the power to transform people and culture, and it has somewhat. However, because of a lack of understanding of what it means to be truly human-centered (you have to connect to your emotions and humanness first), DT’s performance and success has been limited.It has now been almost 20 years since DT was introduced into Business. With advancements in technology, smartphones and social media apps, it seems the world has become more interconnected and disconnected at the same time. There’s a lack of engagement; people have retreated into their own worlds of self-separation and self-protection. This is having a huge affect on organizational outcomes, corporate outreach and social impact. It limits the ability to connect, hold positive tension and cross-pollinate ideas. If we’re going to solve challenges in the world today, we will have to evolve, find new ways to reconnect and re-engage, and work together. That’s where a heart-centered approach comes in.Two years ago, I started working with one of the world’s largest beverage companies. Our goal was to create a DT innovation lab that would increase employee engagement and improve internal shared services. During workshops, we started noticing barriers that were limiting potential outcomes. Participants thought they were being human-centered, but in reality, they were self-centered. They were unconsciously focused on being right or “winning” rather than establishing meaningful connections.With the best intentions, they would continue through the DT process and unconsciously revert to a self-centered approach.

They mastered the process but lacked the ability to truly embody the human-centered attributes of empathy, ambiguity, diversity and inclusion, altruism and equanimity.We found participants had a lack of awareness of their own humanness; they had not developed their own internal connections. It made it almost impossible to collapse internal polarities between right and wrong, us and them, and control and curiosity. One of the greatest divides was between the vulnerability and risk inside the workshop, and the fear and scarcity outside the workshop where support and adoption was critical to achieving success.We came to realize that if we wanted to truly innovate, we all would have to connect internally first, before we could connect to the problem, the solution and those around us. More meaningful innovation only occurs when we connect the head and the heart, and not, the head and the ego.“In the past, jobs were about muscles,” said Minouche Shafik, director of the London School of Economics. “Now they’re about brains, but in the future, they’ll be about the heart.”Both leaders and employees are going to have to become more aware and connected to their humanness.

That means learning how to co-create using both the head and heart, collapsing the polarities within ourselves, and over time, with others.We will have to move beyond the user-experience to the human experience and go from a human-centered approach to a heart-centered approach. We will need to create safe spaces and new methodologies that allow us to practice becoming more fully connected, engaged and trusting.“If we want people to fully show up, to bring their whole selves, including their unarmored, whole hearts – so that we can innovate, solve problems, and serve people – we have to be vigilant about creating a culture in which people feel safe, seen, heard and respected,” wrote Dr. Brene Brown, a research professor at the University of Houston, in her book “Dare to Lead: Brave Work. Tough Conversations. Whole Hearts.”DT practitioners would say that DT is great and that it does the job, and in some ways it does. However, those professionals may not recognize the disconnect. They see it as just an innovation tool, and not as a powerful transformational tool for people and organizational cultures.I believe we have the power and the potential to do much more.

First, we must change ourselves as facilitators, designers and leaders. A heart-centered approach means taking off our armor and finding the courage to connect to our own vulnerability, worthiness, shame resilience, bravery and trust. All of these are integral to truly innovate and create meaningful change.  A heart-centered approach is the innovation process of the future.

These were Invented in the 1980s 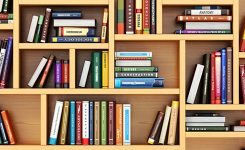 5 Tips to Drive Innovation in Your Small Busi... 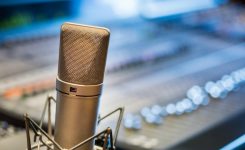 Amazon introduces pay by palm of your hand te...

We use cookies on our website to give you the most relevant experience by remembering your preferences and repeat visits. By clicking “Accept All”, you consent to the use of ALL the cookies. However, you may visit "Cookie Settings" to provide a controlled consent.
Cookie SettingsAccept All
Manage consent

This website uses cookies to improve your experience while you navigate through the website. Out of these, the cookies that are categorized as necessary are stored on your browser as they are essential for the working of basic functionalities of the website. We also use third-party cookies that help us analyze and understand how you use this website. These cookies will be stored in your browser only with your consent. You also have the option to opt-out of these cookies. But opting out of some of these cookies may affect your browsing experience.
Necessary Always Enabled
Necessary cookies are absolutely essential for the website to function properly. These cookies ensure basic functionalities and security features of the website, anonymously.
Functional
Functional cookies help to perform certain functionalities like sharing the content of the website on social media platforms, collect feedbacks, and other third-party features.
Performance
Performance cookies are used to understand and analyze the key performance indexes of the website which helps in delivering a better user experience for the visitors.
Analytics
Analytical cookies are used to understand how visitors interact with the website. These cookies help provide information on metrics the number of visitors, bounce rate, traffic source, etc.
Advertisement
Advertisement cookies are used to provide visitors with relevant ads and marketing campaigns. These cookies track visitors across websites and collect information to provide customized ads.
Others
Other uncategorized cookies are those that are being analyzed and have not been classified into a category as yet.
SAVE & ACCEPT